Save the Date for MALT’s summer celebration 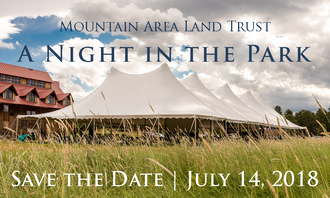 Save the Date for MALT’s summer celebration

The 16th annual A Night in the Park will be held on July 14, 2018 at Alderfer Three Sisters Open Space Park. Celebrating the 26 years of land and water conservation, this festive evening will feature a hosted bar, auctions, live music and catered dinner. Former Bronco and author, Reggie Rivers will once again emcee and host the event with catering provided by Fresh Tracks Foods & Catering and music with Dakota Blonde. Plan to join MALT for this fun evening!

Why Partner with MALT?