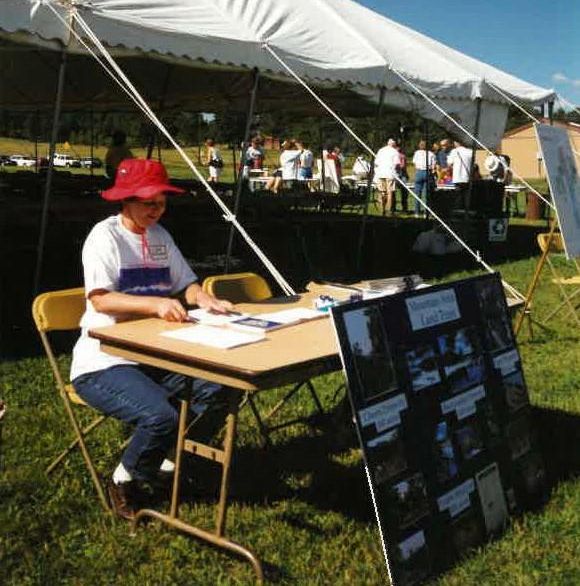 Linda Rockwell doesn’t know the meaning of the word “relax”.

When Linda and her family first moved to Evergreen in 1982, she immersed herself in community activism. She was active in her Ruby Ranch Homeowners Association, beginning in 1984 she served on Evergreen North Area Balanced Land-Use Effort (ENABLE), and by 1989 she was Secretary of Jefferson County’s Democratic Party.
Linda’s civic endeavors introduced her to many community and county leaders, and she was well known for her “get it done” determination and resolve.
In 1991 a group of concerned neighbors in Hiwan was considering purchasing a 40-acre parcel of vacant land on Lewis Ridge Road that was slated for development. Linda knew that there wasn’t an entity in Evergreen to handle a transaction like this, but she did know about the neighboring Clear Creek Land Conservancy. She thought if Evergreen had a land trust, neighbors could work together to save smaller parcels that they valued.

So in the midst of raising two sons, serving on multiple boards and organizing 300 caucuses for the 1992 Presidential election, Linda placed an ad in the Canyon Courier inviting the community to a meeting at the Hiwan Homestead Museum to explore the possibility of creating a land trust. Linda recalls, “At the time I thought I had lost my mind. I was so busy with the Democratic caucuses and my family, I don’t know how in the world I thought I could handle this, but I knew it was important and I knew we needed to get others involved.”

The rest is history. “Meeting Dan Pike at that meeting in April 1992 was the best thing that could have ever happened,” recalls Linda. “Dan’s entire career was centered around conservation and he knew the ins and outs of what needed to be done.” Two months later, after pondering the scope of the organization and several possible names, attorney Jerry Dahl prepared by-laws and incorporation papers and filed for tax-exempt status for the newly named Mountain Area Land Trust (MALT).

MALT became a leading voice for preserving the character of Evergreen by brokering a deal to conserve Evergreen’s iconic Noble Meadow as well as other notable popular projects including the Bergen Park Elementary School Nature Trail and in the early 2000’s the Beaver Brook Watershed. “My vision was not exactly how things turned out,” recalls Linda. “It was better.” Linda never dreamed that what began as a small local land trust would grow to serve communities in six counties encompassing 4,290 square miles! “I feel like I planted a seed, and a big tree has grown up, thanks to the hard work and dedication of so many people. It’s pretty special knowing you can leave the land the way it is now – forever.”

Through the years Linda has stayed very involved with MALT and has witnessed many changes. Beginning in 1997 Linda served on MALT’s Board of Directors and remembers as a new non-profit “working out of people’s trunks”, hosting tables at community events and MALT’s first major fundraiser, the “Rent a Tent Event”, which eventually grew to become MALT’s signature annual celebration “A Night in the Park.”

Linda is proud of the enormous amount of public support among Coloradans for protecting public lands and open space and is gratified by MALT’s reputation for being counted as one of the leading organizations throughout the state who do this important work.

One other thing about Linda that is pretty amazing – she holds the record for most donations made to MALT throughout the organization’s nearly 30-year history! Linda has a scheduled recurring monthly gift to MALT and says, “This cause is just something I need to support and it’s painless to give monthly.”
Linda lived in Evergreen for 37 years, and in 2020 decided it was time to move down the hill to be closer to her son and grandchildren. “I do miss Evergreen. I miss my house, my friends, and I miss the pine trees which enveloped me, but life is a balance, and this was the right thing to do.”

While Linda’s life in Lakewood looks a little different now, she still keeps very busy, writing an opinion column for the Canyon Courier, traveling, visiting with friends, babysitting her grandchildren and most recently organizing her building’s recycling program. Linda’s reputation as a “doer” lives on – her commitment and dedication is truly admirable. Together, we are saving the land and leaving a legacy. 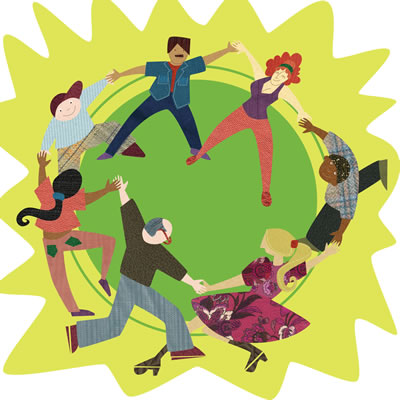